The Company. Our core Values. Our Beliefs.

Top Public Adjusters Fight For You When Disaster Strikes. Our professional claims management team protects you from the games insurance companies play.

Skipton Claims Management specializes in representing consumers in the adjustment of insurance claims for both commercial and residential losses. Unlike most public adjusters, Skipton employs teams of executive adjusters and damages experts, including construction consultants, roofing consultants, engineers, policy coverages experts and accountants to professionally evaluate and prepare your claim for submission to the insurance company. Skipton then vigorously pursues a fair claim settlement though negotiations based upon fact rather than speculation.

Our extensive claims management and public adjusting experience will assure that you obtain the maximum benefits allowable under your insurance policy. More importantly, our expertise in claims adjusting can significantly speed up and simplify the loss adjustment process.

We understand the value of a fair and prompt claim settlement to the recovery of your business or household, which is why our team of expert begins work immediately to investigate and document the full value of your loss. Our experience proves that a well-documented claim submission will get paid faster and usually for the full and fair value of loss.

Since 1992, Skipton has been instrumental in recovering tens of millions of dollars for our clients, as we have consistently exceeded our client’s expectations. But, don’t take our word for it; check out our client testimonials and ask for a list of our client references.

Skipton is committed to representing your interests with tenacity, integrity and the utmost professionalism. We work tirelessly to protect your hard earned investments. We are your independent claims management experts! 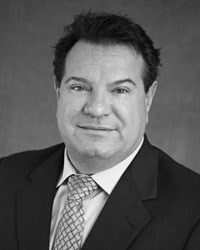 David Skipton holds a Bachelor of Science Degree in Business Administration with an emphasis in Marketing/Accountancy; over the last two and a half decades he has handled hundreds of multi-million dollar insurance claims and over the previous decade was in the restaurant design/construction industry where he was involved in the construction of more than 150 restaurants and food service facilities. David’s hands-on construction experience is a significant benefit in investigating and estimating structural damages.

David is one of the very few public adjusters to achieve the prestigious PCLA (Property Claims Law Associate) designation, which is an intensive curriculum of insurance law courses designed to educate adjusters in understanding and applying courtroom decisions to everyday insurance coverage situations. David also has earned a LPCS (Legal Principles Claims Specialist) designation, an AIC (Associate in Claims) designation, and an SPPA (Senior Professional Public Adjuster designation). He has taken numerous insurance industry courses and regularly attends continuing education conferences. David’s formal education in accounting and his extensive forensic accounting experience has proven to be a significant advantage in the favorable resolution of loss of business income claims. David is a published author and speaker and he regularly teaches insurance claims training classes, both in-house and throughout the industry. 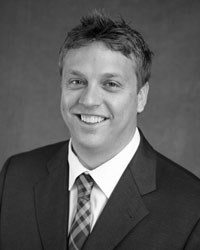 Justin Robert Skipton is a seasoned Public Insurance Adjuster based in Scottsdale, Arizona. Currently, he is the Executive Vice President, COO, & Partner of Skipton and Associates, Inc., a public insurance adjusting firm that was founded in 1992.

Throughout the span of nearly two decades, Justin has acquired extensive expertise in the insurance field and has successfully handled a more than a hundred million dollars’ worth of insurance claims. He has also served as an independent adjuster for dozens of insurance companies. Most recently just was elected by his peers to the National Association of Public Insurance Adjusters Officer ladder to presidency.

In addition to adjusting first party property claims for the insured, Justin has been hired as an expert witness in many dozens of property damage claims involving fire damage, hail damage and water damage.

Justin holds a Bachelor’s of Interdisciplinary Studies with focus in Business and Writing from Arizona State University (ASU). Additionally, he is licensed in several states by the Department of Insurance. To date, Justin has taken countless hours of insurance claim courses—most notably the Senior Professional Public Adjuster program, IICRC Fire Smoke Restoration Technical Certification Program and a certification in the use of the Xactimate estimating software. 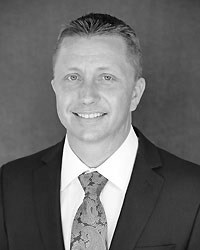 Jeremy worked for the business more than 15 years ago when we were only a small operation. Jeremy went off to pursue his personal goals where he worked in the management of a major international corporation, managing more than 150 employees and having responsibility for the facilities management of more than 30 properties.

He rejoined the family business full time several years ago, where he now works as a claim adjuster and oversees the company’s Sales & Marketing department. He, like everyone else in the company, continues to pursue his formal insurance education and regularly attends continuing education training.

Jeremy brings a strong work ethic to the family business, as he is motivated to ensure that SKIPTON Claims Management remains the premier claims management company in the United States. 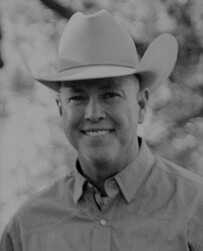 Growing up on a large cow/calf operation in West Texas, Rob learned early on the value of hard work and the responsibilities of animal husbandry alongside his father, Bob, mother Rosemary and sisters Melyn and Dannette.

After graduating high school, he attended Angelo State University in San Angelo, Texas where he obtained his Bachelor of Science in Kinesiology with teaching fields in Secondary English and Science.

Rob began his property adjusting insurance journey in 1998 as a member of a national catastrophe team for one of the largest insurers in the country. In 2005, at the urging of several former staff adjusters, he decided to go to the independent adjuster side of the industry. Here, he had his first IA deployment for Hurricane Katrina, working large loss flood and wind claims for commercial and residential properties. From there he has remained an IA for some of the largest and respected firms in the country.

He took a few years away from adjusting to go back to one of his first loves, horses. He apprenticed under some of the best cutting horse trainers in the industry for 4 years, and also sold insurance during this time.

Rob is excited to be a member of the Skipton Claims Management team, putting the customer first and helping them navigate what sometimes can be a very daunting, intimidating claims process. Rob resides in Richards, Tx with his wife Corrie and 6 year old son, Myles. Rob enjoys spending time with his family, training ranch horses when time permits, working on their property, writing and playing music and playing guitar on the worship team at his church in Montgomery, Tx. 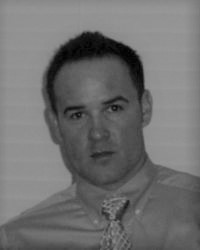 Rick Jauregui has 23 years of experience in the commercial and residential construction industry. He is a certified commercial, residential, mold inspector and project manager as well as an Executive General Adjuster for Skipton Claims Management.

Rick started his construction career building region and switch sites for United States Communications throughout the country. He then went on to become a certified structural steel, post tension slab and concrete materials special inspector for GTI (Geotechnical Testing & Inspections) in Scottsdale Arizona. He was also an inspector for PSI (Professional Service Industries) a materials testing and engineering firm in Tempe Arizona. He has been a senior inspector on the Phoenix Light Rail System as well as the Arizona Cardinals stadium.

Throughout the years he has owned two firms, the first being Premier Inspection Solutions which he conducted commercial, residential and mold inspections. The second being Elite property Consultants, LLC where his firm built, consulted, inspected and adjusted claims throughout the nation.

Experienced in all aspects of commercial and residential construction he has deployed for multiple hurricanes, tornados and fires. Truly passionate about the work he performs he continues to strive for excellence as a Public Adjuster for Skipton Claims Management. 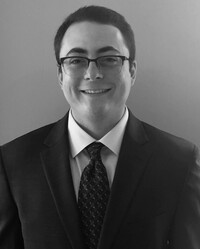 Vice President of Sales and Marketing

Austin Lembeck holds a Bachelor’s of Science Degree in Business Administration with an emphasis in Corporate Finance/Investment Analysis from Colorado State University. He excelled working in both Sales and Customer service within the mobile technology industry, before coming apart of the Skipton Claims Management team.

As a licensed Public Adjuster in the state of Colorado, he is now focused on assisting the neighbors in his home state to recover from a loss. Austin’s goal is to provide our customers with his exceptional attention to detail and perpetual friendliness. His loyalty to both homeowners and businesses makes him ideal for representing policy holders. 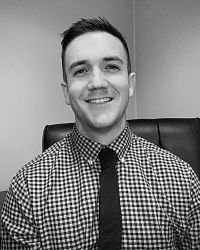 Michael started his career in the construction industry early in life at the age of thirteen. He worked with his mentor who built his own home and has been hooked ever since.

Michael worked in various construction related positions until he found his passion for Masonry. He has since worked under 3 master masons and has spent the last 11 years in that field working with a master builder.

As one of Skipton’s licensed adjusters, Michael is grateful to be able to work with and learn from the master adjusters on the Skipton team and Brett, the construction / Xactimate master. Michael is a self-proclaimed policy nerd and is stoked he gets to learn about business interruption from David Skipton. The puzzle of a claim being put together to help people get their business or real estate back to how it was is a challenge Michael is ready to help with every day. 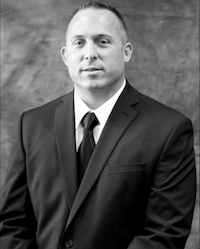 Brett holds a Journeyman Certificate from the United Brotherhood of Carpenters and Joiner of America (UBC). He also is certified by Xactware in preparing detailed restoration repair estimates using their computer estimating software. And he is certified as a Fire & Smoke Restoration Technician by the Institute of Inspection Cleaning and Restoration Certification (IICRC).

Brett’s primary responsibilities are to assist our adjusting staff in preparing detailed loss evaluations that correctly set forth the true and accurate costs of restoration. His field work on our client’s claims shows an exceptional attention to detail, organizational skills and a deep understanding of the construction process. His work is critical our obtaining the full, fair value of claim. 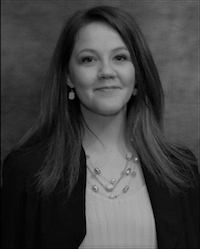 Kari holds an Associate of Applied Science degree from Rio Salado College with heavy concentration in Management and Administration. She works in the office to assist our staff with the processing of claims. Kari is also working towards an AINS certification in insurance. She is a valuable asset to the firm as she is Mr. David Skipton’s executive assistant.  Kari is responsible for maintaining all of the firms and adjuster’s licenses.  In addition, she handles the opening of new claims and provides assistance throughout the claim process to ensure our clients obtain excellent service and a fair settlement. 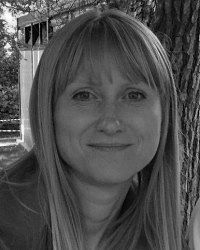 Svetlana holds a Masters degree in Art Education from Moscow State Pedagogical University and also has an Associates degree in Managerial Accounting from Glendale Community College. She works to assist our adjusting staff on various administrative tasks and helps with many of the office clerical and accounting functions. Born and raised in Moscow, Sveta is fluent in both Russian and English. She is very passionate about the client’s claim needs that she serves and about the benefits that Skipton Claims Management provides.